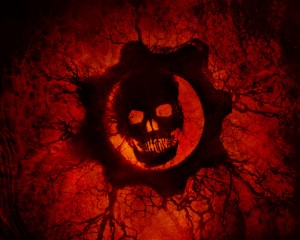 Almost every detail in a game has a development story behind it.  Even those company logo movies that play before the title screen.  People who’ve played Gears of War 3 may have noticed that Epic Games and Microsoft Game Studios deferred their usual logo movies for custom movies themed to match the game.  Using custom logos is certainly a nice creative touch, but there may be other, more technical, reasons why Gears of War 3’s startup movies ended up looking the way the do.  Now, bear in mind that I don’t any particular first-hand knowledge of Gear of War 3’s development so this is just me theorizing as an outside observer.

As a rule, platform holders have a series of technical guidelines and requirements dictating minimal acceptable behavior for games that run on those platforms.  These requirements generally cover technical aspects outside of the core game experience: maximum acceptable loading times, save data error handling, rules regarding accessing platform-specific networks and the such.  Microsoft’s Xbox 360 is no exception.  Among the Xbox 360’s certification requirements (the infamous Technical Certification Requirements, or TCRs) is a mandate for the maximum non-interactive startup time allowed before a game becomes responsive to player input.  Between the time needed to bootstrap a game engine, load initial assets from disc and display company logo splash movies that are required, by contract, to be unskippable, the time between the player closing the disc tray and the game allowing the player to “Press Start to Play” can be surprisingly long.  The TCRs put a cap on this time which is probably wise because a lot of publishers and developers, left to their own devices, would probably see startup times climb into minutes through unoptimized engine startup sequences and ridiculously long unskippable logo contracts (see DVDs from certain movies distributors for an idea of how bad it could get.)

So, we’ve established that startup time on console games is a limited resource with multiple interested parties vying for a slice of the pie: engine initialization, asset loading, contractually-obligated splash-screens, etc.  What does this have to do with Gears of War 3’s custom company logos?  Potentially, a lot.  If you pay attention, you may notice that the custom Epic Games logo and Microsoft Game Studio logos used  in Gears of War 3 are actually significantly shorter than their traditional versions.  While this may just be a coincidence, I suspect that these logos allowed Gears of War 3 to shorten it’s non-interactive startup time while still paying full advertising facetime to the companies that made it.  By tying the custom logos into the aesthetic of the game, Gears of War 3 managed to make a creatively sound (and pretty darn cool) design choice while simultaneously lowering a certification hurdle.

If the length of the Gears of War 3 company logo movies was intentional, then they stand as an example of clever design creating a win-win situation for all parties involved.  Company stakeholders get custom representation in the game that adds to the perceived quality of the title.  Developers get a startup sequence that is easier pass through technical certification, allowing them to concentrate their energy on other areas of the game.  Even the end-user benefits from getting a slick series of movies that immediately tie into the mood of the game instead of typical one-size-fits-all company advertising.  Nice logos, MGS.  Nice logos, Epic.

One thought on “Nice Logos, Epic”