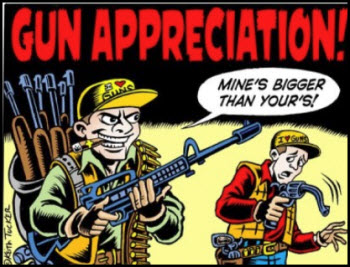 Prank wars have an ugly habit of spinning out of control. One person pranks another, then the victim gets back at the prankster with a prank of their own. The original prankster raises the stakes with another prank and so on and so forth.

While this sort of escalation is the kind of situation you want to avoid in real life, it is a powerful tool in game design. As a matter of fact, you can find some element of escalation in almost any game worth playing.

At its most basic level, escalation in games is about raising stakes. This is distinct from a game’s difficulty rising simply from, say increasing numbers of stronger and stronger enemies though that is a part of a game’s escalation. It’s usually as it progresses that a game gives the player the opportunity to use the biggest, most gratifying tools it has to offer while presenting the player with the largest, most impressive challenges it can muster. Thus, the game escalates as everything gets bigger and louder. Similarly, while a player’s ability to avoid damage may improve as they become more skilled, enemy attacks may become more instantly lethal as a game progresses thus rendering each dodge the player executes more significant, escalating the stakes of the game’s risk-reward equation.

Escalation can also work wonders in player versus player scenarios. One of my favorite examples of a clear escalation mechanic is the mana system from Magic: The Gathering. In Magic, each player can lay one Land card per turn. These lands can then be used (called being “tapped”) once a turn to produce a point of mana needed for casting spells. At the beginning of each turn, the player can refresh their previously tapped lands as well as lay another land card. In this way, each players’ available bank of mana increases by a point every turn with every point of mana widening the range of spell combinations the player can execute.

This slow build-up of power is key to how Magic is able to function so well as a game. By starting the power scale low and then slowly building it up, the game creates an ecosystem where low-cost cards are more valuable than higher-cost cards at the beginning of a match but where the relative value of low-cost versus high-cost cards reverses as the match progresses. This ensures that a wider range of cards are relevant to the game than would have been the case if players started each match with a full store of mana.

Mana escalation in Magic is also useful in keeping matches exciting. Higher mana pools allow players to play high-cost combinations of cards that are more likely to be game changers allowing a losing player to turn-the-tables of a match. This makes it less likely for one player to dominate a match from beginning to end, allowing both players to be fully engaged in the game. In essence, moves made at the end of a match matter more than the moves made earlier in a match by the nature of the sheer power level of the abilities available towards the end of a match.

For more escalation in practice, you can read this article on the design of the Penny Arcade collectible ping-pong card game Paint the Line. This game actually has a literal Escalation Deck that the designers used to provide their game with forward momentum.

So, that’s escalation in a nutshell. As a game progresses, player stakes go up, lending greater importance to their actions. This can help players stay engaged with a game by allowing for comebacks at later stages of play. It can also serve as a throttle to allow for a wider range of abilities to be relevant to the way the game as played.